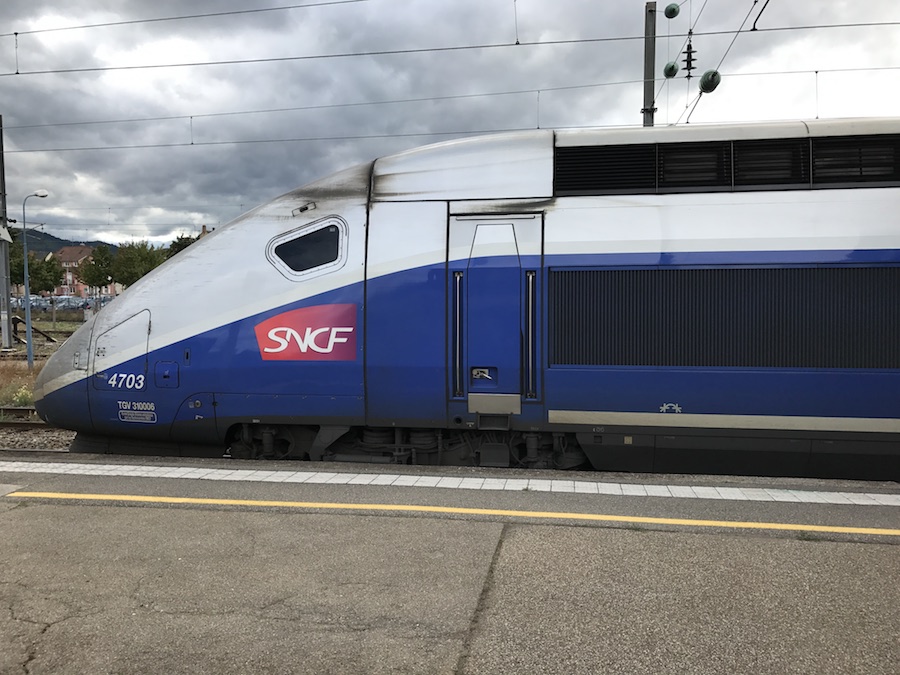 (Note: Sadly, just after I had finished this post, news of Anthony Bordain’s death broke. Coincidentally, he spent his last days in this area. Our hearts go out to his and also Kate Spade’s family, friends and fans, and we hope anyone feeling the pain of utter despair and hopelessness will reach out for support. We are all here for you.)

While eating and sightseeing our way through Paris, we were unsure of where we’d spend the next couple of weeks. Our criteria were:

We ended up settling on the 9th-century town of Colmar, France, in the Alsace region near the German and Swiss borders.

It was a completely random decision. I had once been there at the age of 19, tagging along on a field trip with a group of German high schoolers. So maybe it was that fond memory that tipped the scales. All I really remembered was that it was pretty and close to the border. We found an inexpensive three-bedroom house on Airbnb and figured it would be as good a place as any to park ourselves for 12 days to catch our breath and get some schooling done.

Bringing a whole new meaning to “last minute,” we booked our place just hours before our intended arrival. In fact, we went there not even sure the booking had been accepted.

Wanting a new transport experience, we took the bullet train from Paris to Colmar, passing through Strasbourg. That was fun – and fast. You barely feel it moving!

With a population of 68,000, Colmar is only about 10 miles from the German border, which has shifted back and forth over history to sometimes encompass this region.  It’s been French again only since 1919 (except for a brief Nazi occupation). Therefore, this quaint, picturesque part of France is a fusion of French and German culture, architecture and history. 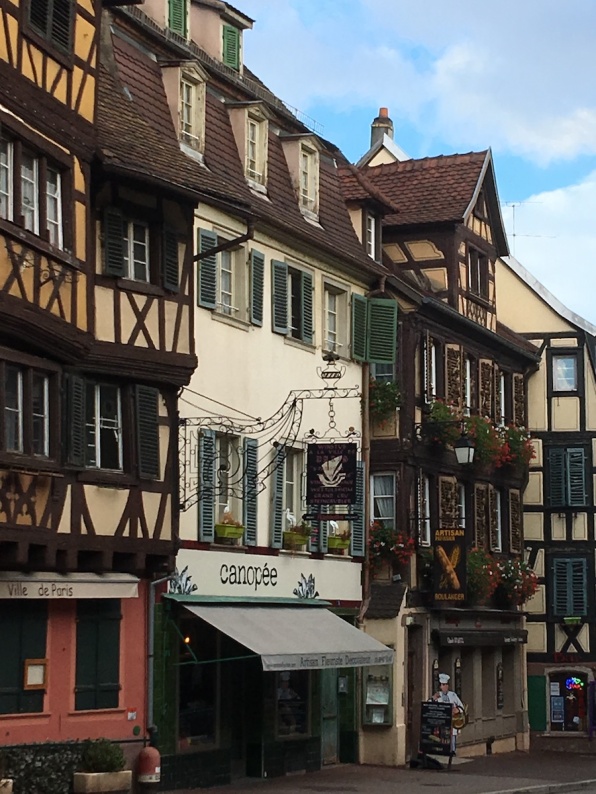 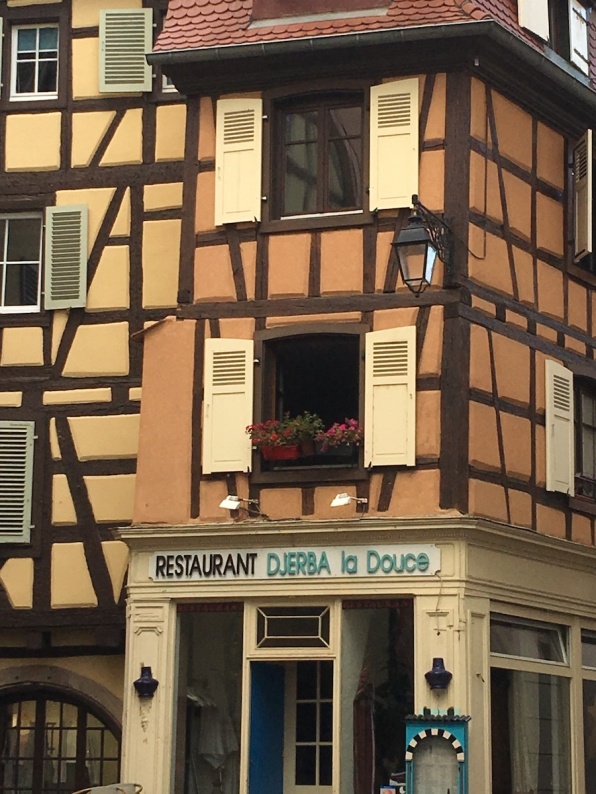 Few people speak English, but the older ones do speak German, which helped us get by. It’s also only about 30 miles from the Swiss border.

I can’t say that we took full advantage of the town, beyond walking around and enjoying its beauty. We were ready to not be tourists for a bit. Given that it’s the “capital of Alsatian wine,” our friends who are wine aficionados would kick us for not exploring the surrounding wine country, but we did have some very interesting and memorable experiences.

One was that the girls got the opportunity to visit a couple of schools and meet some other kids.

They were the sideshow attraction during some English classes, where they talked about themselves and our trip and answered questions the kids had prepared in advance. Both went together to a nearby public school, and our oldest went to a private high school another day. (It turns out Instragram is just as ubiquitous there as at home.) They are shy in front of live audiences and didn’t relish being on display, and they were the first American kids most of the children had ever met; so it took guts for the girls to get up in front of a classroom of strangers in a foreign country. We applauded their courage, and their hosts seem to really enjoy the experience.

Two other memorable experiences, which I’ll write about separately, were an overnight visit to Switzerland and Liechtenstein and a day trip to my grandparents’ hometown in Germany.

Otherwise, we focused on school. The kids each wrote research papers while there – one on the Palace of Versailles and the other on Budapest. They also caught up on math and social studies.

That sounds so easy, doesn’t it? The kids happily writing papers and doing their school work? Uh, that’s a negative, Captain Kirk.

Homeschooling is hell. It’s hell for the kids. It’s hell for us. I don’t know why anyone in their right minds would choose to do this at home when they don’t have to. There is a reason education is outsourced worldwide to professional teachers and institutions outside the home. At this age, kids ball all of their normal, rebelliousness and rejection of you into a fist and sock you in the gut with it every time you try to share your glorious wisdom and academic insights – of which there are many, of course. And who can blame them?

Meanwhile, you as the untrained “teacher” try to navigate very muddy waters. Is this age-appropriate writing?! How much are they or are they not supposed to know about sentence structure, paragraph structure, etc?! Do kids even diagram sentences anymore?! And I hope not, because I’ve forgotten all of that! What’s a quadratic equation, again?! Am I even spelling that right?!

The kids agonize as well. “You’re not teaching it to me!…That’s not how my teacher does it!…I hate this!…This is boring!…I want to be in a real school!…With other kids!..I’m not going to be ready for the next grade!…I actually really loved my school – why did you take me out??…I’m missing the most important grade!…You’re ruining my future!…I’m going to end up working at Burger King for my entire life!”

Former, present and future schoolteachers: We’re not worthy! We bow down at your feet. You are saints and gods and goddesses for what you do every day for our kids and for us. You are worth your weight in gold. And I happily accept the 3,053 public lashings I deserve for anything I have ever said in my life about your three months of summer vacation, your pensions and benefits, your powerful unions, your teaching styles, the state of public education, your six-hour work day (which of course I now realize is actually 89), and anything else even mildly dismissive or disparaging that I had the unbelievable nerve to think, much less express, almost all of which was before having kids, which is even more galling. Make that 6,053 lashings!

[I’m sure my sister, a former teacher, is getting immense satisfaction out of my homeschooling misery and mea culpa! And rightfully so!]

Somehow, though, we are making it through the homeschooling, one page at a time. It’s been quite a dance, to say the least, but it’s happening. The kids have been incredibly tolerant, all things considered. It’s not like at home, where homeschooled kids have communities of other homeschoolers they can connect with; their friends they see after school; their extracurricular activities with other kids. This brand of “road schooling,” as some call it, can be quite lonely. There are few, if any English-speaking kids. It’s difficult to engage with them. Complicating things is the sporadic schedule interrupted by travel activities and the lack of rhythm and predictability. And much of the learning at home is self-taught using worksheets, workbooks and online tools. It’s not many kid’s first choice of how to learn, and our kids have shown a lot of grit to push through and actually get it done. Our 13 year old is almost done with Algebra, and our 11 year old is a self-taught expert on the Amazon at the moment, still marveling that it can take a raindrop ten full minutes to make its way to the ground through such dense vegetation. Knock on wood, they’ll be ready for their next grade levels.

My husband spent much of his time focused on solving his photo sharing problem, trying to find a tool that would do what he needed. After many frustrated contributions to the Naughty Word Jar, he got it worked out. I did a lot of cooking, exercising, expense tracking and also some travel planning for our China adventure. 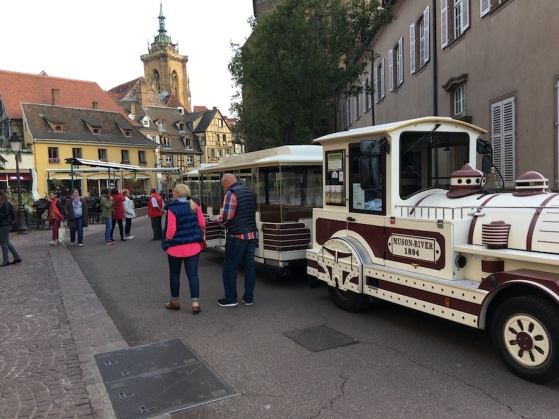 One of my other missions while there was to find us an organic farm to stay on. A couple of years prior, we had learned about an organization called Worldwide Opportunities on Organic Farms, or WWOOF, which is aimed at promoting cultural and educational experiences. In exchange for room and board, you volunteer your time on a farm, usually living in the family home.  There are people who travel the world as “WWOOFers” for years at almost no cost while up close and personal with the local community. So if you want to see the world on a budget, this is an option. We had always thought it sounded so fun and would be a great learning opportunity for us and the kids, so I set about to find us a farm. Plus, it would save us some money, a nice side benefit.

We had two criteria: Kids in the 12-14 age bracket (for older daughter) and horseback riding (for younger daughter). It should have been easy.

I was so wrong.

Hours and hours and hours later, after sifting through over 100 farm listings on the website, keeping my little matrix of pros and cons, and sending numerous inquiries, I was hitting dead-ends galore. First of all, it was ridiculously naive, city-folk-like and presumptuous of me to think that we could just waltz onto a small, family-owned farm on short notice during harvest season and casually help out. (Remember the old TV show, “Green Acres?”) This is their livelihoods. These people are hardcore. Most of them live off the grid. And they had arranged their help months in advance – from serious helpers – who knew what they were doing. I’m sure the farmers pictured Zsa Zsa or Eva Gabor (or Kylie Jenner, for younger readers) as the person behind the email address in my inquiries, as if I was also asking, “Oh, and is there a salon within walking distance that does pedicures, since we won’t have a car?”

Finally, I found a family that sounded just right, and judging from the photos, the ages were in the range. There were horses. They lived in a pretty, if not remote, area of Austria. They had no room, but considering they were the only ones that met both criteria, I persisted: “What if we were to stay at a nearby hotel?” Ah, it turned out they had an apartment they could rent us, so I jumped on that. Yes, it defeated some of the purpose, but it would give the kids some much-needed social interaction, and maybe we could help out a little on the farm.

Stay tuned, because it didn’t turn out at all the way we hoped. Thank God.

But First, I’ll Soon Share: A Side Trip to Switzerland, an Old Haunt, and an Unexpected Forty-Year Reunion